Here is a month-by-month calendar of many of the major upcoming arts events in London. Follow the links to the venues where you will find more detailed information and images. While markets, auctions and fairs are held on specific dates, the major museums and galleries are usually open daily. Check the Opening Times on the respective websites.

‘TUTANKHAMUN: Treasures of the Golden Pharaoh 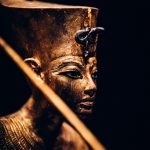 Explore the life of King Tutankhamun, and the storied discovery that captivated the world, through more than 150 authentic pieces from the tomb – three times the quantity that has travelled in previous exhibitions – more than 60 of which are travelling outside of Egypt for the first time.
The third of 10 cities to host TUTANKHAMUN: Treasures of the Golden Pharaoh the London showing follows record-breaking stops in Los Angeles and Paris. In Los Angeles the exhibition was among the most successful in the history of the California Science Centre, while in Paris it became France’s most attended exhibition of all time with over 1.4 million visitors. 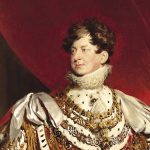 George IV is arguably the most magnificent British monarch ever recorded and he formed an unrivalled collection of art, much of which remains in the Royal Collection. Bringing together Dutch and Flemish masterpieces, portraits by Sir Thomas Lawrence and Sir Joshua Reynolds, delicate French porcelain, intricate goldsmiths’ work and elegant books and drawings, this exhibition will present George’s life through the art that enriched his world. 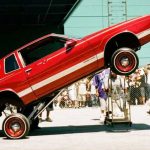 Cars: Accelerating the Modern World’ explores how the car as a driving force has accelerated the pace of change over the past century. The exhibition brings together 15 diverse cars to tell extraordinary stories about design and the car’s impact on the broader world. These cars include the first production car in existence; an autonomous flying car; a converted low-rider; and a 1950s concept car. Many of these cars have never been on show in the UK before, and their display will be uniquely juxtaposed with a diverse collection of products, fashion, graphics, photography and film, to draw connections to wider spheres of design and public life. We stand at a new turning point in mobility design -hope to understand our past blunders and achievements in order to better imagine how we want to move in the future.

For Tullio Crali (1910-2000) Futurism was not simply a style of painting, but an attitude to life itself. This exhilarating exhibition explores every phase of Crali’s remarkably coherent career, featuring a large number of rarely seen works from the 1920s to the 1980. 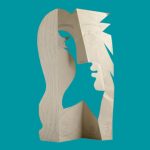 Picasso didn’t just draw on paper – he tore it, burnt it, and made it three-dimensional. From studies for ‘Guernica’ to a 4.8-metre-wide collage, this exhibition brings together more than 300 works on paper spanning the artist’s 80-year career.  For Picasso, paper was both a tool to explore his ideas and a material with limitless possibilities. He experimented with everything from newsprint and napkins to decorative wallpaper. He spent decades investigating printmaking techniques, sourcing rare and antique paper from as far as Japan – and all without losing his compulsion to draw on every last scrap.

Out of the Blue: Fifty Years of Designers Guild 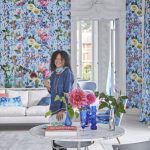 Out of the Blue celebrates the work of influential design company Designers Guild. Founded by Tricia Guild OBE, Designers Guild started life in 1970 as a small section of a single shop in Chelsea’s Kings Road. The brand has since evolved and grown into a global enterprise, whose products have changed the way we view colour, pattern and texture in our homes.  Out of the Blue unravels Tricia Guild’s unique and creative approach, focussing in on her inspiration, her intuitive design methodology and the techniques, processes and materials used. 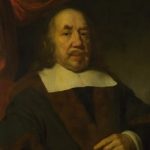 Share a knowing look with mischievous eavesdroppers and peer behind the doors of 17th-century Dutch households……..From illicit goings-on in servants’ quarters to portraits of high society, Nicolaes Maes captured life upstairs and downstairs in the Dutch Golden Age.  Starting his career as one of Rembrandt’s most talented pupils, this exhibition – the first in the UK devoted to Maes – charts the artist’s rise to fame. 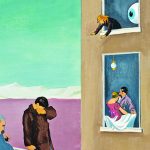 This major exhibition marks 100 years since the birth of surrealism, championing the British artists that contributed to an iconic movement. See over 70 eclectic works from 42 artists including Leonora Carrington, Francis Bacon, Henry Moore and Paul Nash as well as lesser known figures such as Marion Adnams, Conroy Maddox, Reuben Mednikoff and Grace Pailthorpe.  Embark on a journey into the unexpected, with innovative design and rooms that reject order and chronology to evoke surrealism’s playful and provocative side. 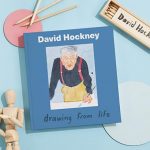 The first major exhibition devoted to David Hockney’s drawings in over twenty years, David Hockney: Drawing from Life, explores Hockney as a draughtsman from the 1950s to the present by focusing on depictions of himself and a small group of sitters close to him: his muse, Celia Birtwell; his mother, Laura Hockney; and friends, the curator, Gregory Evans, and master printer, Maurice Payne.
Venue: National Portrait Gallery 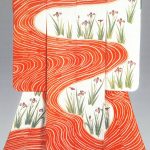 This exhibition will present the kimono as a dynamic and constantly evolving icon of fashion, revealing the sartorial, aesthetic and social significance of the garment from the 1660s to the present day, both in Japan and the rest of the world. 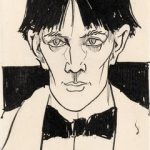 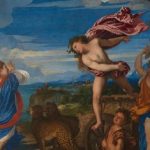 Titian’s sensuous interpretation of Classical myths of love, temptation, and punishment — In 1551, Prince Philip of Spain, the future King Philip II, commissioned Titian, the most famous painter in Europe, to produce a group of paintings showing Classical myths primarily taken from the Roman poet Ovid’s ‘Metamorphoses’.  *** The exhibition reunites all six paintings in the series, from Boston, Madrid, and London, for the first time in over four centuries. Included are ‘Diana and Actaeon’ and ‘Diana and Callisto’; works we own jointly with the National Galleries of Scotland.